A Closer Listen: Battle of the Bands

When you take the stage with an electric guitar in hand and look out at hundreds of your peers buzzing with excitement for your imminent performance, the only thing on your mind is bringing down the house with epic renditions of everyone’s favorite songs. Gone are any inhibitions about playing music from others; anxiety over missed notes and wrong chords is no longer present. All that is left is the adrenaline-laced anticipation of leaving it all on the stage.

Of course, this means that even if the crowd is on the forefront of the performers’ minds, they won’t be able to notice many details in the audience throughout the performance, details like particular facial expressions, the location of your closest friends in the frenzy, how much food and drink is being tossed around the venue … or a group of girls peering over the head of a male college basketball player, and quite a large one at that. This was, however, what some of the performers at Battle of the Bands saw on that now-famous November night in 2018, and I can say that my Village Idiots played no small part in this development.

As it was for previous iterations of Battle of the Bands, the Elks Lodge on North Manning Street was the setting for that night’s festivities. Six bands were slated to compete for the acclaim of over two-hundred students and etch their name into the lore of the Hillsdale music scene. In the past, bands such as The Wineboxes and The 1975 had made names for themselves here; it is an event anticipated by performers and observers with equal fervor.

My band was listed to play second that night, and despite our worry that the room wouldn’t yet be full so early in the night, Hillsdalians were out in full force for our set. We got to play six songs, and it turned out to be one of the most thrilling musical experiences I’ve had. Especially well received were Neon Trees’s “Everybody Talks”, Weezer’s “Say It Ain’t So”, and BØRNS’s “Electric Love”; it seemed there was not a soul in the crowd who wasn’t singing along at the top of their lungs with our fearless leader and vocalist, Calvin Kinney. What we had not considered  at the time was that we may have whipped up the crowd into too much of a frenzy.

To be clear, everyone in the venue was well-behaved, and Phi Mu Alpha made sure the venue was not over capacity; instead, it was the sheer force of the crowd’s enthusiasm that broke the support beams beneath the floor. The breakage started to occur during our set when many in the crowd were jumping up and down, probably to one of the aforementioned songs. By the end of our set, some in the audience took notice of the damage, but no one thought it severe enough to interrupt the music. By the middle of the next band’s set, however, the sunken floor had turned the tallest people in the room into pit-dwellers with no view of the stage. The organizers of the event saw it necessary at this point to ask the audience not to jump up and down anymore, but the damage had been done: the event was cancelled midway through the performance of the fourth band, and everyone was sent home.

While in many cases this would be seen as a fiasco, and musicians and fans alike were distraught over the abridged night, the floor’s failure secured the lasting success of this storied event. In economic terms, it was a sort of creative destruction: though the breaking of the floor ruined that night, it forever etched into Hillsdale memory the value of music shared among friends. Battle of the Bands is now synonymous with excellence and fun, which are essential to the thriving of a community. Though the pandemic prevented the Fall 2020 edition from happening, the event will not be forgotten; if anything, we will all be looking forward to next time with even greater longing. 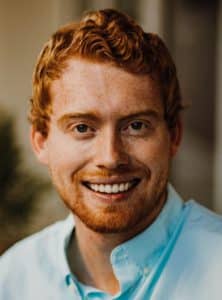